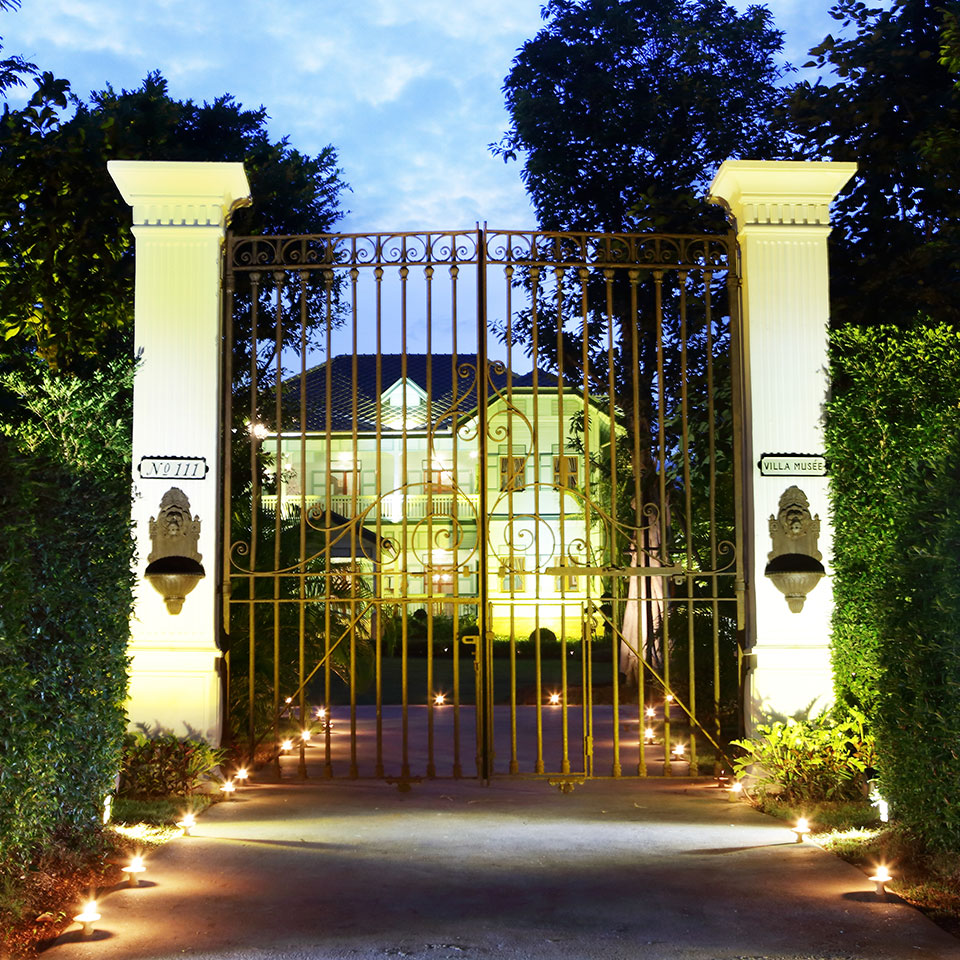 “Experience the enchantment of the Victorian Era by visiting Colonial Architecture in the hills of Khao Yai.”

Villa Musée is a compilation of colonial and traditional Thai houses which have been bought from various regions of Thailand and painstakingly restored to their original sumptuous beauty.

It is the owner's intention to showcase the place as a “living museum” which will serve not only as a place for learning and admiring objects of the past but also as a place to be lived in and to experience the bygone era.

This is a place where one can hold special events such as exhibitions and wedding receptions or simply stay in one of the exclusive accommodations surrounded by the beautiful great mountains of Khao Yai.

This traditional Thai House of the central region is in vermillion color. The house, originally from Dhonburi and its nearby area, is in a style influenced by traditional houses in Ayudhya. The theme-based decoration of each room in this house draws inspiration from each room’s individual name, examples being a traveling destination in the South China Sea or the name of a famous photographer in the early period of photography in Siam such as Louis Larnaudie, Francis Chit, Robert Lenz and John Thomson.

Singholsakorn is a set of twin traditional Thai houses separated from other buildings in Villa Musée. The houses were originally built in Suphanburi Province. These two teak houses have an ambience of an authentic Thai house with modern amenities with a view of a pond of blooming Victorian lotuses.

The style of this house reflects the traditional Thai way of life along the canal during the reign of King Rama IV. The Rajapongsa House is the oldest building among the buildings in Villa Musée. Its large floor planks of teak wood are amazing. The furnishings in this house comprise a Chinese coffee table set, a mother-of-pearl living room set, a Chinese-style opium bed and gilded black lacquer trunks.

“A journey through the rich history and artistic legacy that is to be found in Thai Architecture.”

This imposing colonial mansion sits elegantly in the middle of the property as the grand welcoming feature of Villa Musée. Discovered in a derelict state in Bangrak District of Bangkok, it was moved to Khao Yai in 2013. As testament to the owner’s dedication to restoring the house to its former glory, Prasenchit Mansion was awarded the “Outstanding Conservative Architecture Building” from The Association of Siamese Architects under Royal Patronage in 2015.

Inside the mansion, photographs of King Rama V and members of the Chakri royal family can be found as well as old maps of Siam, period furniture and antique armaments. The items have been arranged to closely resemble the time when nobilities lived in this type of mansion rather than having objects just stiffly on display.